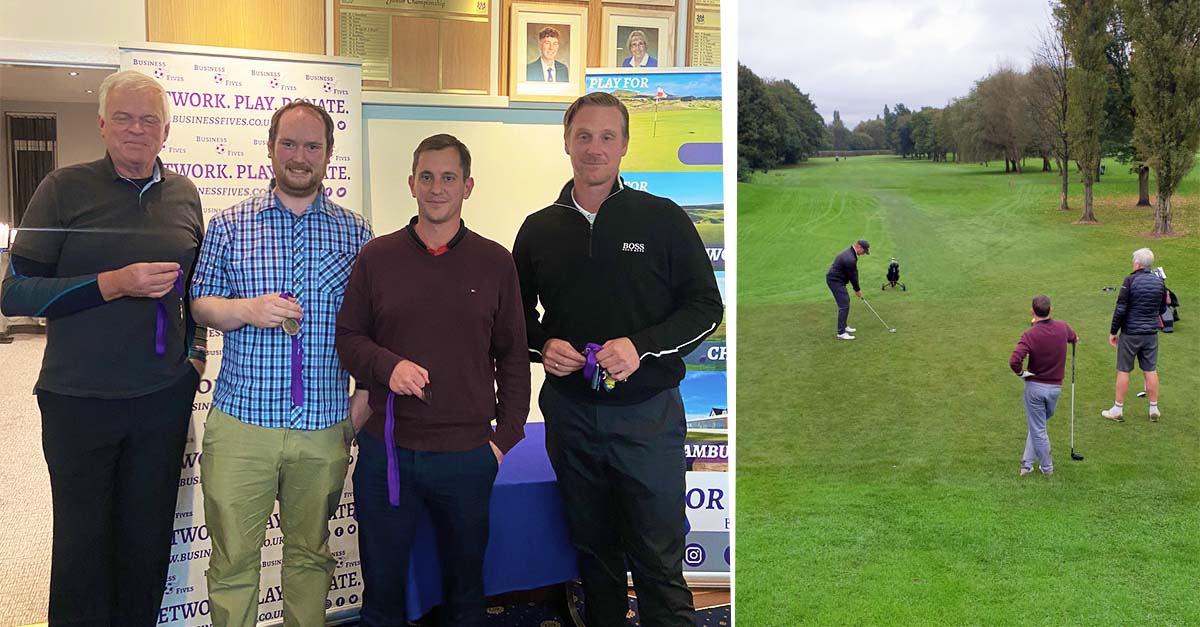 The day got off to rather an inauspicious start: the team captain (yours truly) was stung on the hand by a wasp whilst minding his own business in the clubhouse. It seemed to be a sign of things to come, as one of our players misread the event details, and headed to Whittington Golf Club, in South Staffordshire, rather than Withington Golf Club, near Manchester! A mad dash up the M6 ensued. Fortunately, we were able to tee off as the last but one group, under the watchful gaze of the guest speaker, ex-Manchester Utd treble-winner, David May.

Team Sinclair Law got off to a steady start on the first few holes, with the well-kept greens playing a little on the slow side. Our David, in particular, was in good form, scoring over twenty stableford points on the outward nine. After an indifferent start adjusting to the speed of the greens, I managed to knock in a few pars, although I did then decide to play a game of pinball with the trees on the ninth, which undid some of the earlier good work.

Our guests, Paul Povey from Brewin Dolphin and James Turner from Terraces, were both playing well too, and as a team, we were scoring well entering the back nine.

It’s fair to say that the back nine at Withington, is decidedly more tricky than the front nine. Despite this, the team were still finding fairways and knocking in the putts, thus scoring well. The 14th threatened to derail our good run, when my drive skirted with the Out of Bounds line bordering the River Mersey. Fortunately, my luminous red golf balls proved their worth, as I was able to find my ball and rescue a point with a six!

The 15th was definitely the highlight of my round, as after a decent drive, I was finally able to convert an approach and drain the putt for a birdie. 5 tasty points.

The last three holes at Withington are known as the sting in the tail, and it definitely presented as a tough challenge to end the round. Nevertheless, we were quietly confident that we had put together a decent total, and headed back to the clubhouse for our meal, and Q and A session with David May.

Sadly, none of us were able to score a hole in one on any of the prize holes, however, our guest, James, did win the longest drive prize.

Our combined team score was just pipped by Clancy Consulting, who took the win by three stableford points. Our second place did, however, qualify us for the national final in June 2022, leaving plenty of time for extra practice, and we are determined to go one better and win the overall prize for our chosen charity, Beechwood Cancer Care.

All in all it was a good day out, and it was nice to meet people from different industries and also to meet David and hear from him what being managed by Sir Alex was really like!